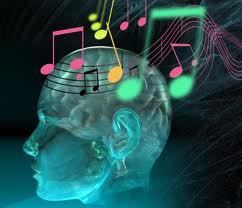 Children learn from music lessons and it makes them more intelligent!

Elsevier, a Dutch magazine, reported on a Canadian study of 2006.

It explained how young children who get taught music, develop a far better memory. Beyond that, over the course of the year their brains began to display more activity whenever they heard music.

That again corresponds to what we keep writing here: skills are only developed through your own experience and by doing it yourself. Because children get music lessons and learn to play an instrument, they are increasingly exposed to music, their eyes (and ears) are opened and they begin to recognise and appreciate music more and more in the world around them. A far different set of skills is developed like this than when you would simply let your children watch music on TV all day, simply because in that latter case, they would be spectators. Not participants.

Next to that, children of course learn to employ  and ‘control’ their bodies intensively, and make them more moveable. It is hardly something you would at first consider, but making music lends itself perfectly to develop eyesight, as eyes need to be able to rapidly follow the note sheets, transition from close by (instrument) to far away (audience, sheets), and so forth. More and more children have difficulties using their sight these days, as they have grown accustomed to staring far too long, and far too often, at a screen.

Children learn to multi-task in a very natural and given way this way, and they develop their minds and bodies in such a manner that they can work towards a set goal.

This may seem very logical, but there is an increasing number of children who are no longer able to do so. More and more of them spend their time passively and unilaterally, so that their bodies as well as their learning ability is practiced far too little. And as we know… that which isn’t practiced, is never developed.

Teaching children to play an instrument is very important, not just for their motor skills, but to develop a multitude of skills that will be significant to them in both the school environment as well as throughout the rest of their lives.